For the Love of Sci-fi - Greta van der Rol

Please help me welcome the incredibly talented Science Fiction romance author, Greta van der Rol to Novel Natterings. I was lucky enough to read The Iron Admiral: Conspiracy recently and I was immediately entranced by the incredible characters and world Greta had established. I'm so glad her latest release is now available - I can't wait to dive in!
Hi Greta, thanks for visiting us here on Novel Natterings. I'm curious as to what drew you to write science fiction over 'traditional' romances. 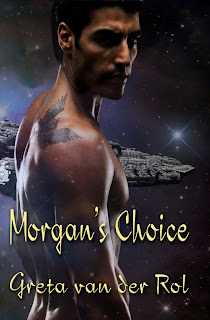 Why do I like writing science fiction? Because it's lots and lots of FUN. I remember seeing the first Star Wars movie back in 1975 (was it that long about?) and really enjoying the ride. Especially that awesome first scene where the Imperial Star Destroyer catches up with Princess Leia's ship and passes over the top of it. I ducked. But that was the engagement party, if you like. When “The Empire Strikes Back” was released, I fell in love. I saw that movie four times in one week and I must have watched it dozens of times since. Oh, man. Sexy dudes in black uniforms, great big star destroyers, space battles. Oh yeah, and that little Yoda guy and the bloke in the orange jumpsuit.
Who cared if the science was flawed? The hyperdrive's broken? Can't get to hyperspace – and yet you can still bunny-hop to a star system nearby? Yeah, right. And then there's Han Solo's quip about completing the Kessel run in x parsecs. (A parsec is a unit of distance, not time). Spaceships dog fight like world war one bi-planes as if they were in atmosphere, not space and nobody seems to need airlocks for anything. To mention just a few.

There's an awful lot scientifically wrong with the Star Wars universe but nobody cares. You go along for the ride. You'll find many, many so-called SF books do the same thing. Humans go and talk to aliens on planets without any breathing equipment, protective suits, special boots to cater for the higher or lower gravity etc etc. Inter-planetary travel is like catching the number nineteen bus.

I love looking at the stars and reading about the expansions in physics and technology and I love to read books with science at its heart. I grew up on Isaac Asimov, Arthur C. Clarke, Heinlein and more lately Elizabeth Moon and Jack McDevitt who use science as the backbone to their fiction. So in my writing I try to use that example. Sure, my stories are space opera about strong, capable men and strong, equally capable women. But I can justify the background of my universe.

When I wrote “The Iron Admiral” books I wanted a non-humanoid alien but I also recognised that if I wanted a species that could exist on the same planet as humans they would have to come from the same sort of planet. So that's a premise I made when I created the ptorix. I recently wrote a guest blog about their background http://lbelow.blogspot.com/2011/08/evolution-of-aliens-ptorix-origins.html.

With my spaceships I don't deny my battlecruisers owe a passing nod to Star Wars and Battlestar Galactica – as well as modern day aircraft carriers. But my ships have airlocks to transfer from the vacuum of space to aired up interior, not a cavernous bay that ships can just fly into. I use artificial gravity, too, because the human body will atrophy in space without gravity. Sure, we can't do it now – but this is science fiction. Like every other writer of space opera I have faster than light travel (FTL) in my galaxy so my characters can travel from one planet to another without dying of old age. I explained how that worked in http://gretavanderrol.com/2011/04/02/planet-hopping-might-not-be-so-silly/

What I'm saying is, I've done my homework. I can justify my universe. I don't explain the science in my books much but the background is there. Like an iceberg, you'll only see the tip above the surface but rest assured, there's an awful lot down there to support the visible part.

Given all of that, my main purpose has been to write an action-packed adventure story set in space. 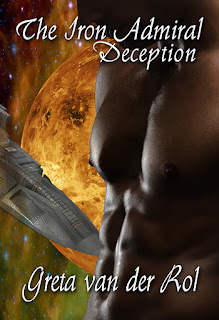 Bio
Greta van der Rol loves writing science fiction with a large dollop of good old, healthy romance. She lives not far from the coast in Queensland, Australia and enjoys photography and cooking when she isn't bent over the computer. She has a degree in history and a background in building information systems, both of which go a long way toward helping her in her writing endeavours.