I'm excited to introduce you to debut novelist, and fellow Wild Rose Press author, Leanne Davis. Doesn't that word sound wonderful, Leanne? Author. Woohoo!! Congratulations, and after reading the blurb and excerpt of POISON, I'm looking forward to many more books from you :) 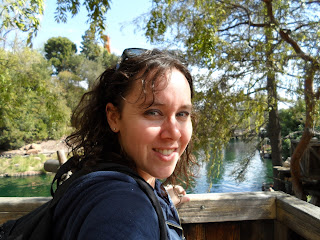 Tell us a bit about yourself.
First, thank you for having me today to talk a little about me and my debut contemporary romantic suspense, Poison.
I live in a small town out of Seattle, Washington with my husband and two little kids. I earned a business degree from Western Washington University. I worked in the construction management field until my daughter was born and I’ve since been home with my kids and writing part time.

When you’re not writing, what do you do for fun?
I love to camp and go boating with my family. We spend much of our free time going to destinations all across Washington State. I especially love to horseback ride with my dad, who has ten horses. He takes me to beautiful, remote locations where only horses and serious hikers can get to. That is about as far from writing and computers as I can get!

Ooo. I've got serious horse-envy! I'd love to do that. When did you first consider yourself a writer?
I’ve been writing since I was thirteen, and only stopped for a few years in college…so other than that I have always considered myself a writer. Writing has always been more of who I am than what I do. Publishing was something I wanted to do, but writing is something I have to do…no matter what.

Do you remember what inspired you to write your first book?
I was thirteen when I wrote my first hundred page novel. (It resembles the story and writing of Anne of Green Gables which was my favourite book at the time. My ten year old daughter is now reading it after she was miffed she isn’t allowed to read Poison) From that first novel on, I always had short stories and then novels in progress. I have five stories in my head for every one that I get written!

I love call stories. Can you tell us about yours and your reaction?
Before I was contracted my editor worked with me on my first four chapters to show me some of the mistakes I was making with some of my mechanics. She then had me rework the entire manuscript and resubmit it to her. So…I had about two more months of waiting, when on a Sunday morning at 9:30 I checked my e-mail and there it was…my answer. My entire family was home…so I snuck into the bathroom to read it…just in case it was a no. I would have been crushed and would have needed a few minutes before I could face telling anyone; especially my oldest daughter who has loved this process and riding it with me. When I found out it was a contract offer I literally was jumping around the bathroom dancing…so maybe it was a good thing no one could see me! Then I burst out and nearly screamed; my book is being published!!

I got goose-bumps and a big grin reading that! :) What drew you to write your chosen genre?
My head is full of stories, I don’t know that I choose them…they just are there. So for me it’s always been contemporary stories of fiction that could happen. My debut novel is a romantic suspense…but most of my novels are not. I love to read and write novels that could happen…so I have the escape of fiction but I like the realistic feel that the story could possibly happen.

If you could be one of your characters, who would it be and why?
Kelly from my second book, Notorious. She is a tall,  famous model, rich, and able to do anything she wants in life…so kinda the opposite of the barely five foot, stay-at-home, writer-mom that I am! It’s fun to live other people’s lives, without disturbing my own!

What’s the most challenging part of the writing process for you?
Editing! I get the story down, the characters pretty much who I want them to be, with only a few plotting problems or conflict issues…but oh those mechanics. I spend much of my time on line edits…often more than it takes me to write the story. Many author’s indie publish nowadays without professional editing…and it makes me nuts. Fix the mistakes! Since it is such an issue for me I am hyper aware of it others.

You can't see me, but I'm nodded furiously here about the importance of professional editing! Has anything coincidental happened in the real world while writing one of your books in terms of the characters, scenes or world you’ve created?
I wrote Poison in 2003, years later my best friend named her son the reverse of my character John Tyler. She had no idea I had written a novel or the characters names! A family member also married a John…I should have changed his name but once my characters are named it’s nearly impossible for me to call them by anything else!

Freaky! Great minds think alike, huh? :) Which one of your books is your ‘baby’ and why?
The first book in a trilogy I have called  Zenith Falling. It was way different kind of story for me for everything from the setting, to the careers, to the romance. And that made it challenging and extremely fun to write.

What are you working on right now?
Book #2 of a new series named River’s End. It is set in a fictional town based on a place I often vacation at in Eastern Washington which is a successful horse ranch run by four brothers… and eventually each brother has their own story to tell.  I am only a couple of chapter’s in but I can’t wait to get back to it, as I’ve been a bit distracted with publishing demands of late. But nothing is like working on a new novel!

Latest news?
Book #2 of my Seaclusion Series Notorious has been contracted and hopefully will be out soon. It is the story of the brother and sister of John and Cassie from Poison, and how they find their way together after being lost (for different reasons) in their own lives.

Great news! I love series books. Where can we find you and your books?
Poison is available on Amazon’s KDP Select for now.
As of July 5th, Poison will be available in print and other distributors. 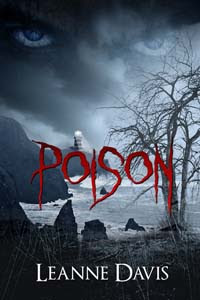 BLURB:
Cassie Reeves betrayed John Tyler a decade ago, but now, John is the only person Cassie can turn to for help protecting her son from her violent ex-husband. John’s quiet life as a small town doctor in Seaclusion, Washington has no place in it for Cassie, her son, or the feelings Cassie’s presence rekindles. John and Cassie’s mutual attraction reignites, despite everything that drove them apart a decade ago, and threatens to destroy them now. No matter how much Cassie has changed, and tried to right her past wrongs, there is no escaping her ex-husband. Cassie knows that only she can end what her ex-husband has started. But will she survive long enough to have a chance at the happiness that has escaped her for so long?

EXCERPT:
Cassie sighed and pushed the flowers onto the counter between them. She tidied her desk, avoiding his gaze. Finally she stood and gathered her things.
He watched her. He didn’t like hearing Tim was scared his mom wouldn’t come home from work. What kind of knowledge was that for a kid to have? Hell, he didn’t like that Cassie was scared that she wasn’t going to come home from work. He didn’t think anyone could fake the fear she had of the innocuous floral arrangement.
Cassie was just about to hustle past him, when he put a hand on her arm to stop her. She paused, looking at his hand, then up into his eyes. Her lips trembled. She quickly dropped her face from his view. She raised a hand to wipe at her cheeks. Tears?
Damn it all to hell. A stab of genuine sympathy filled him. He put a knuckle under her chin and forced her to look up him. Her eyes were glazed in moisture. She was trying not to cry. He swallowed, unsure why her efforts to hold back tears from him put a knot in his throat. Had he become so heartless with his anger that he couldn’t let her fear a man she seemed to think wanted to physically harm her?
“Cassie—”