Today, I'm super excited to host Rachel Brimble on Novel Natterings. Rachel's first book, "Searching For Sophie" was the first Wild Rose Press book I bought before I was published by them. After reading it, I knew I wanted to be published by TWRP as it was nothing but quality. Since then, I've noted Rachel's writing has grown in leaps and bounds. I knew her star would shine bright and I've been watching her career flourish with a big grin on my face. If you've never read her work before - you're in for a treat!

For now though, settle down, pour yourself your drink of choice and enjoy getting to know this fabulous lady just that little bit more. 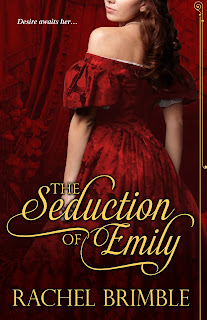 I have been asked this question many times in interviews so I thought I’d tackle it in more depth to try and figure it out myself, lol!

Romance is universal and eternal. Human beings have, and will continue, to fall in love no matter what else changes or alters in the future. Technology is evolving at a rate that my near 40-year-old brain has given up trying to keep on top of. If I need something doing on my laptop or phone other than the basic input of letters or numbers, I go to Mr. B or my teenage kids.

As for romantic, emotional or spiritual guidance I don’t need anyone else but myself. I LOVE love. Simple. There is so much evil happenings in the world, why on earth would I want to spend up to seven hours a day (my average working day), immersed in more of the same that I see on TV and in the newspapers.

I write love stories. I write about people discovering more of who they are and the people with whom they want to share that journey. I write about highs and lows, success and failures…BUT I also write those intimate moments that bring us the ultimate joy, the knotting in the stomach, sexual anticipation and the moment someone makes you belly laugh or looks at you in such a way, you know in their eyes, there is no one more beautiful.

Am I lucky that I get to do that every day? You bet I am and I will be FOREVER grateful to my husband and kids for allowing me the time to do what brings me absolute joy.

My passion for writing leads me to answer the question of why I write romance. I do it because the stories that come into my mind dictate it. It’s out of my hands what sub-genre of book I will write at any given time.

The scope of freedom has changed somewhat since I signed with Harlequin Superromance and Kensington but not to the point I feel as though my creative wings are clipped. My wonderful editor at Harlequin has given me free reign of whether my stories are contemporary romantic suspense or mainstream. My equally wonderful editor at Kensington wants Victorian romance but has given no specification of what TYPE of romance I write set in that period.

Then you have my latest release, “16 Marsden Place” a romantic comedy set in the fictional UK town of Potterford. J 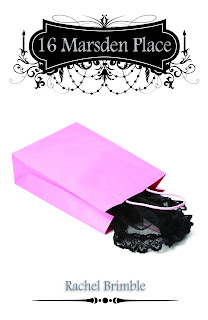 This story came from nowhere but had to be written – The heroine, Sienna Lloyd, literally popped into my mind fully-formed. No, this doesn’t happen often, I promise you! I knew she was sassy and sexy, I knew she had lost her father and I knew she ran a lingerie shop that was under threat of closure. As she started to talk to me, I realized she spoke with typical British irony about almost everything––constantly hiding any pain or fear under a gossamer thin veil of self-deprecating humor. I loved her instantly!

When Omnific Publishing offered a contract for the book I was thrilled because I hadn’t written a comedy since 2010 and wasn’t sure if I could actually still do it after writing so many romantic suspense and mainstream novels. Fingers crossed, I’ve managed it and readers will love Sienna and Jack’s journey equally as much as me!

Here’s the blurb and buy link:

There isn't a situation that can't be fixed by a coat of chocolate body paint or a liberal smear of Champagne Lick, right? Wrong!

Ever since her father was murdered by a gang of youths, Sienna Lloyd has named herself Potterford’s protector—her sexy lingerie shop is a place where the town’s women can visit and feel safe. But when that shop is in danger of closing, Sienna needs a solution that will keep her in Potterford, where she can always look out for her mother, friends, and clients.

The answer? Move the shop to her home at 16 Marsden Place. The problem? Her new neighbor, the delicious but seriously uptight Jack Beaton. Oh, and his four-year-old twin girls.

Jack has just moved to the tiny town of Potterford in a bid to start over. To build a new life that keeps his children safe from their violent and sex-crazed mother. So when he discovers his neighbor intends to open a sex shop right next door, Jack will do anything to ensure it doesn’t happen…including fighting every ounce of his attraction to the shop’s owner and his innate need to trust again. 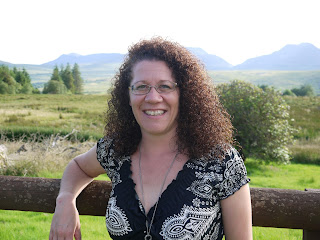 Rachel lives with her husband and two young daughters in a small town near Bath in the UK.  After having several novels published by small US presses, she secured agent representation in 2011. In 2012, she sold two books to Harlequin Superromance. She also writes Victorian romance for Kensington--her debut was released in April 2013.

She has just recently signed a further three-book contract with Harlequin Superromance, continuing her ongoing series set in the fictional UK seaside town of Templeton Cove.

Rachel is a member of the Romantic Novelists Association and Romance Writers of America. When she isn’t writing, you’ll find Rachel with her head in a book or walking the beautiful English countryside with her family and beloved black Lab, Max. Her dream place to live is Bourton-on-the-Water in South West England…although she hopes a dream visit to Canada might just change her mind!

She likes nothing more than connecting and chatting with her readers and fellow romance writers. Rachel would love to hear from you!

Posted by LaVerne Clark at 8:30 PM No comments: