I'm excited to share Laura Kaye's cover reveal for Book Two in her Hard Ink series, HARD AS YOU CAN. Get a gander at this! Woooeeee!! 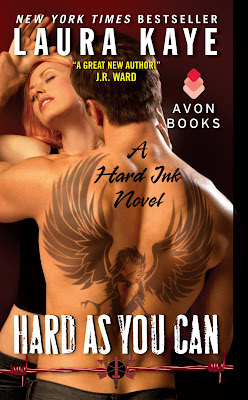 Yep - I'm salivating too and check out that cover quote! Nice one, Laura! :)

Avon is proud to announce the publication of  Laura Kaye’s second book in her hot Hard Ink series, HARD AS YOU CAN (On Sale: February 25, 2014).

Ever since hard-bodied, drop-dead-charming Shane McCallan strolled into the dance club where Crystal Dean works, he’s shown a knack for getting beneath her defenses. For her little sister’s sake, Crystal can’t get too close. Until her job and Shane’s mission intersect, and he reveals talents that go deeper than she could have guessed.

Shane would never turn his back on a friend in need, especially a former Special Forces teammate running a dangerous, off-the-books operation. Nor can he walk away from Crystal. The gorgeous waitress is hiding secrets she doesn't want him to uncover. Too bad. He’s exactly the man she needs to protect her sister, her life, and her heart. All he has to do is convince her that when something feels this good, you hold on as hard as you can-and never let go.

HARD AS YOU CAN is available for preorder at the following links:

Posted by LaVerne Clark at 9:36 AM No comments: 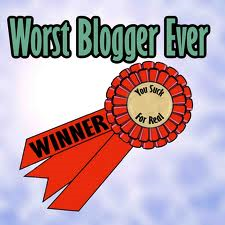 Hello!! Long time, no post, which is why I completely and utterly deserve the above ribbon :) Its kind of pretty don't you think?

Its been a crazy couple of months for me. I've had both good and bad things happen which has knocked me off my feet - literally.

You may have heard me mention the fact that I play social netball with other like-minded mums of small children. Its a great occasion to get out, have fun with the girls and get a bit of fitness in at the same time. I played centre which basically means leaping like a gazelle (in my head anyway!) to intercept, making sure the ball keeps away from the opposition's end of the court. It's preferable the ball spends the majority of time in our end and gets to our shooters as quickly and as often as possible. 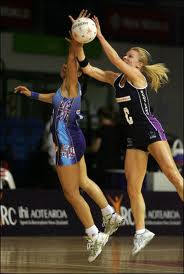 You might note I used the word, played. That's because a year ago, I leaped for a beautiful intercept, but landed with a straight leg and my knee didn't like it one bit. It popped both ways, tearing the ligament and leaving me in agony. Here in New Zealand, we're lucky that we have a Government Agency called ACC (Accident Compensation Corporation) which looks after people after they've injured themselves, pays for their surgeries, partial physio costs and helps get them back to full fitness. So, I finally had my surgery last month and am now in recovery-mode, which is going well. One thing being so incapacitated has taught me - I will never take having a well-functioning body for granted ever again!

But - I've had some wonderful news too. My third and first full-length book had come out early on Amazon. I'm so excited to see it there and for it finding it's way into reader's hands for the first time. 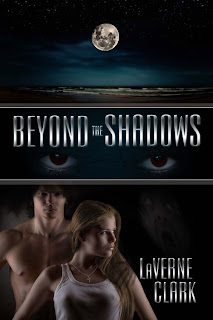 Just look at it! It's been a lot of hard work to get it to this point, and many times I thought the story would never be told, so to see it in all it's gorgeousness thrills me beyond measure! Now I'm on countdown until I get to hold the paperback in my hands!

Here is the blurb and a little teaser for you....

He’s immersed in shadows—can she help him fight his way to the light?

Constable Kelly Appleton’s life turns upside down when her partner—the man she secretly loves—is shot. The lines between work and pleasure blur as she helps him recuperate, but frighteningly, his hold on reality loosens too.

After his brush with death, Nathaniel O’Leary questions everything—his life, his relationships, even his recent capture of a serial killer. When ghosts and an ominous shadow come calling, Nate struggles to stay grounded. Suddenly, keeping his hands off his sexy partner is the least of his problems.

As Kelly and Nathaniel work together to right a possible miscarriage of justice, they realize the shadow is a portent of death directly related to the serial killer. Terror strikes when the shadow reveals Kelly is the next target.

With evil closing in, can their love banish the shadows forever?

Temper sharpened her gaze. “Are you even listening to me?”
“You might want to back off,” he warned in a strained voice.
“Oh, might I? And why would that be?”
looked down. The top of her dress stretched tight over her heaving chest, the position affording him a glorious view of cleavage. The peaks of her breasts were so close, if he took a deep breath, they’d brush against him. It took everything in him to take shallow breaths even as his tongue salivated at the thought of exploring the lush valley under the material. And who knew what he’d do then. She followed his gaze, and he heard her stifle a gasp. When she didn’t move away, his body hardened to the point of pain.
She lifted her head and another rush of blood went straight to his cock. Her pupils had dilated, her eyes darkened to blue and a slow, feline smile stretched her generous mouth. “Why would I do that?” she repeated in a soft drawl.
“Because you might not like my reaction,” he growled, mindful to keep his breathing shallow.
Slowly, she lowered her head and allowed her body to drop closer until they were just a sliver apart. “But what if I do?”
Need ripped through him and without further thought, he shifted his knees wider, bringing her flush against his length. She groaned softly and his control snapped. Reaching out with graceless fingers, he snagged her hair, his fingers pulling on the tie holding it back. Blonde silk cascaded forward, the fragrant tresses shielding them from outside distractions. His hands bunched in the cool strands, delighting in the warmth of her scalp under his palm, and he tugged her towards him, the movement impatient.