What Am I Working On?

The Talisman
(Rough blurb)
When Mount Tarawera erupted in New Zealand, 1886, it buried the village of Te Wairoa and most of the people populating it. But along with one of the victims, a Maori artifact with great power lay buried under the mud and ash.
Jacob Tyler buys the land which has lain idle for more than a century, determined to turn it into a fine resort. When his team prepares the earth, they dig up more than they bargained for. With the arrival of Aroha Wilson called to investigate their find, things take on a disturbing edge - in more ways than one. The half-Maori beauty shakes up Jake's life and things between them become hot enough to rival the volcano which shaped the lives of all around.
When Aroha's life is threatened by an unknown assailant, the question begs to be asked - are some things better left buried?﻿ 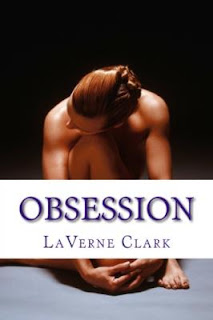 I've just received my proof copy from Createspace - and boy! - do I have a lot of work to do on this! But I love a Work In Progress!

Stalked by a madman, reality TV's shining star, Morgana Silver, escapes to the remote High Country of New Zealand. A dramatic introduction to her enigmatic neighbor brings them together and as a fierce attraction erupts into life between them, she realises all is not what it seems from her reluctant hero.

James Sefton lives in self-imposed isolation to protect others from his gift - a family legacy brought about by atomic testing in the Pacific. Cursed with the inability to control his gift when under emotional strain, Morgan presents the ultimate test to his endurance and iron will.

With Morgan's stalker upping the stakes and closing in, James wonders if he can protect her from the threat, or is he in fact the greatest danger to them all?﻿